Tony Curran appeared in a recent episode of Covert Affairs 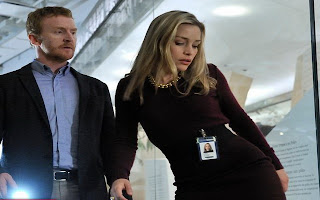 Covert Affairs Recap 2.15 – What’s the Frequency, Kenneth?
In this episode of Covert Affairs, Annie has to actually work at the Smithsonian rather than it just being a cover.  An MI6 operative thinks she works there, and asks for her help. How interesting he should choose the undercover CIA operative on this mission!

At the Smithsonian she is followed by a mysterious man (Tony Curran) who turns out to be MI6 – Agent Kenneth Martin. He pitches her a job in a way that sounds quite similar to the CIA guy who recruits stewardesses on Pan Am – her job makes it easy for her to travel and she is a sassy broad. She, obviously, takes it back to Joan who finds out the guy is in fact MI6, although he’s not they standard Cambridge Good Ol’ Boy type. And she wants Annie to take the job to find out what’s going on.

Read more at The Shooting Range