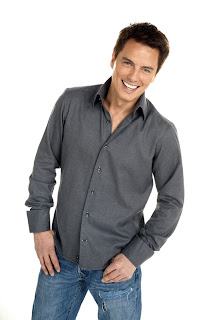 Seaside Crane Estate is setting for period drama
A television pilot for a turn-of-the-century romantic drama has been filming at Castle Hill, the grand house at the Crane Estate in Ipswich.

A project titled "Gilded Lilys" has pulled an electrical permit from the town of Ipswich for film-related construction at the Argilla Road property.

According to various industry websites, "Gilded Lilys" is a television series being filmed for ABC and produced by "Grey's Anatomy" creator Shonda Rhimes. The period drama revolves around the opening of the first luxury hotel in New York City in 1895.

The 59-room mansion at Castle Hill was built in 1928 as the summer estate of Richard T. Crane Jr., who was one of the wealthiest Americans of his day. It was built in the style of a 17th-century English country house, with features that include a grand staircase, a rotunda with painted ceiling, a library with an intricately carved fireplace and views of a terraced lawn faced by rolling woodlands tapering down to the ocean.

Real-life romantic drama often takes place at the seaside mansion, as it's rented out for weddings.

Filming for "Gilded Lilys" is being done on a closed set, and the Trustees of Reservations, the nonprofit that owns the Crane Estate, has declined to comment on the project.

"There has been some filming in the Great House this week, but our agreement with the production company prevents us from discussing specifics," David Beardsley, Crane Estate director, said in an email to The Salem News Friday.

Last week, a half-dozen trailers and equipment trucks sat in the parking lot at Crane Beach, adjacent to the mansion. Yellow signs printed with "G L" directed extras and crew members in from Routes 1A and 133 in Ipswich and down Argilla Road to the property.

On Friday, a Trustees employee in the guard shack at Castle Hill said the house was closed for filming and kept the public from driving up the road that leads to the mansion.

Lighting, tents and equipment could be seen just over the crest of the hill near the house.

Castle Hill is no stranger to film crews. According to the Massachusetts Film Office, numerous projects have filmed at the Crane Estate, including "Ghosts of Girlfriends Past" in 2008, "The Next Karate Kid" in 1993 and "The Witches of Eastwick" in 1986.

"We're excited to be a key site for another production," Beardsley wrote in his email, "and we're pleased that we can help draw this kind of business activity to Massachusetts."

"Gilded Lilys" is filming in several Massachusetts locations this month. Blythe Danner and John Barrowman are among the actors said to be in the cast.

Note for UK readers: I believe this is Ipswich, Massachusetts
~ helygen