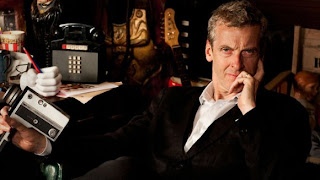 A 1988 film, featuring Peter Capaldi, is to be shown as part of a festival in honour of Ken Russell on Wednesday 14 March at Horse Hospital, Colonnade, Bloomsbury, WC1N 1JD, at 7pm

The Scala Forever team, who organised a season of movies in the capital last year recalling the days of the wonderful Scala cinema at King's Cross, are back with Russell Forever as a tribute to the late, great British film-maker. Here are the details for the full Ken Russell season screenings.

Electric Sheep and Strange Attractor are proud to present a rare outing for this unjustly neglected horror romp from the late Ken Russell. Tenuously based on a 1911 novel by Bram Stoker – itself inspired by the ancient tale of the Lambton Wyrm, a staple for every book of true monster stories – this shamelessly camp horror comedy is generally considered to be Russell’s last great film. Our Ken gleefully captures the spirits of Hammer and Carry On, doses them both with LSD and then dangles them over a bottomless pit containing an 80ft phallus while standing at the side pointing and laughing. Featuring a soon-to-be-all-star cast including Hugh Grant, Peter Capaldi and Amanda Donohoe, gags and gore galore, not to mention sex, folk rock and slapstick, THE LAIR OF THE WHITE WORM is a joyful outrage from beginning to end.

Plus talk with BFI archive curators and Flipside programmers Vic Pratt and Will Fowler and a specially filmed video interview with eminent fantasy and horror film reporter and FrightFest head honcho Alan Jones about his experience on the set of the Russell film.

This is the trailer:
Posted by ScottishActors at 17:20

Labels: Movies, Peter Capaldi, The Lair of the White Worm