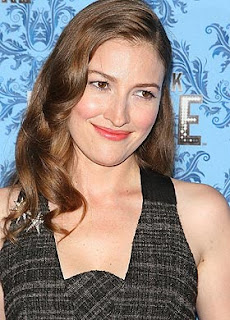 Edinburgh will be the movie capital of the world on June 30 when it hosts the European premiere of Disney Pixar’s latest animated blockbuster, Brave. And it’s only fitting, since spectacular fairytale Brave is set in Scotland and features the voices of Billy Connolly, Robbie Coltrane, Craig Ferguson, Kevin McKidd and Kelly Macdonald.

Alex Salmond announced yesterday that Brave, tipped to be as big as Pixar classics Toy Story and Finding Nemo, will get its first European screening when it closes the Edinburgh International Film Festival. Its Scots audience will see it just eight days after its premiere in the States and nearly three weeks before the rest of the UK.

The First Minister said Brave was the most high-profile film ever to have a Scottish theme.

He said the premiere would be “an immense opportunity” to boost Scottish tourism and business, and he forecast that Brave would raise awareness of Scotland all over the world.

VisitScotland have already teamed up with Disney in a £7million campaign – the biggest in the tourism agency’s history – to use the film to promote Scotland as a destination.

Brave tells the story of Princess Merida, voiced by Trainspotting star Kelly, who defies an ancient custom and unleashes chaos in the kingdom.

Billy Connolly plays her dad, King Fergus, with Emma Thompson as Queen Elinor. Robbie and Craig as two nobles, and Julie Walters as a wise woman who advises the young princess.

Brave is the latest in a string of major movies to feature Scotland. Brad Pitt, Daniel Craig, Scarlett Johansson and Halle Berry have all filmed here in recent months.

Official Brave Site Updated with New Character Downloads
Disney•Pixar has updated the official site for Brave with new character profiles that include downloads for desktops and mobile devices. You can grab them by clicking here or on the image below!

Anna Karenina
Focus Features will release Anna Karenina in the U.S. on November 9, a couple months after the September UK release.

Here’s the official synopsis:
The story unfolds in its original late-19th-century Russia high-society setting and powerfully explores the capacity for love that surges through the human heart, from the passion between adulterers to the bond between a mother and her children. As Anna (Knightley) questions her happiness, change comes to her family, friends, and community.
Source: Collider