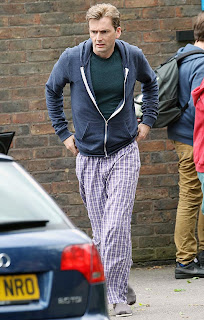 Diary dates:
Mon 25 June - True Love is released on DVD in the UK and Europe.
Tues 26 June - The Decoy Bride is released in Region One (the US and Canada) on both DVD and Blu-ray.
Thurs 28 June - Shakespeare Sonnets app for iPads is released.

BBC America have a two-part feature on David Tennant's film and TV career beyond Doctor Who, including many video clips.
Read and watch here: BBC America 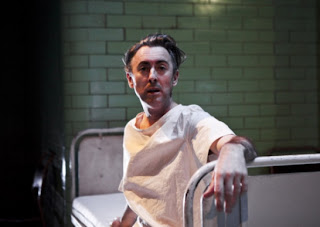 Posted by ScottishActors at 22:10 No comments: Links to this post 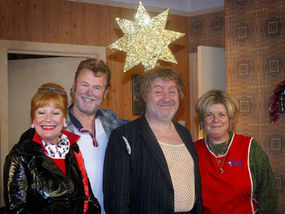 RaB C Nesbitt is winding himself up for one final festive rant before he hangs up the string vest for good.

Gregor Fisher, who brings the Govan philosopher to life, and Elaine C Smith, who plays Mary Doll, the long-suffering Mrs Nesbitt, have both agreed to appear in a Christmas special for BBC2. Creator Ian Pattison is working on story ideas.

A BBC source confirmed that the ratings hit, which last year celebrated a 10th series some 25 years after Rab C first appeared, will be back for one show. Fisher and Smith both have plans that make further Nesbitt adventures beyond that look unlikely.

Fisher, 58, is planning to move to France and Smith, 53, is preparing for a world tour of I Dreamed a Dream, the stage musical in which she plays Britain’s Got Talent sensation Susan Boyle. She is on stage in Manchester tonight as part of its UK tour.

Last night, she said: “Everything will be worked around our dates.
“I am back in Aberdeen in panto, but I would be more than delighted to do another Nesbitt. I have got about three or four weeks between the end of the stage tour and the panto. That is all they need to complete filming.”


It is likely that the special will also feature cast favourites Tony Roper as Jamesie Cotter and Barbara Rafferty as his other half Ella.

Source: Daily Express
Posted by ScottishActors at 22:00 2 comments: Links to this post 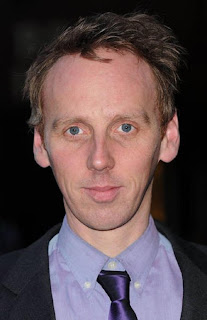 Blackout follows Daniel Demoys (Eccleston), a stranger in his own life. Over the years he has gone from being an idealistic young man with a burning desire to make the world a better place, to a disillusioned and corrupt council official. His alcoholism has driven a wedge between him and wife, Alex (Kirwan), and their three children. The fallout from his alcohol fuelled actions prove agonising for all around him.

When Daniel wakes up after another drunken night, he realises that he might be responsible for a murder. A dramatic act of redemption buys him public adoration, so much so that he has become a candidate in the race for Mayor, persuaded by council official Jerry Durrans (Bremner), and lawyer sister Lucy (Marshal).

The public’s opinion of Daniel as a straight talking everyday hero couldn’t be higher. They are enthralled by his no nonsense determination not to treat the electorate like fools and by his openness about his personal problems and struggle with addiction.

As his public star rises ever higher and he tries to repair the damage done to his private life, he is painfully aware that it could all come crashing down at any moment. With Detective Dalien Bevan (Scott) hot on his trail and determined to gain respect in the force, he could be just the person to do this.

With Daniel’s deepening relationships with Bevan’s ex-wife Sylvie (Buring), hospital nurse Donna (Katic), and the murdered man’s daughter Ruth (Callard), he finds himself in even more of a tangled web than he could ever have imagined.

Blackout was commissioned by Ben Stephenson, Controller, Drama Commissioning, and Danny Cohen, Controller, BBC One. The producer is Matthew Bird (Death In Paradise, The Street) and director is Tom Green (Misfits, Kid). Executive Producers are Christopher Aird for BBC, Nicola Shindler for Red Production Company, and written by Bill Gallagher (Lark Rise to Candleford, The Prisoner).

Episode one of Blackout is confirmed to air Monday 2 July on BBC One at 9pm.

Watch the trailer below… 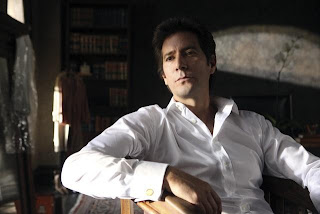 The new seasons of ABC's Scandal and Private Practice are still three months away, but we already know who won't be back. Henry Ian Cusick (Scandal's Stephen Finch) and Tim Daly (Private Practice's Pete Wilder) will not return to their respective dramas.

Shonda Rhimes — the creator of both series, as well as Grey's Anatomy — explained to me what went into her casting decisions.

"Henry Ian Cusick is such a great guy," Rhimes told me at the 4th annual Produced By conferences held this past weekend in Los Angeles. "In the making of the show, there was less for him to do than is deserving of him. I felt, why hold him back from doing other things?"


Posted by ScottishActors at 21:30 No comments: Links to this post 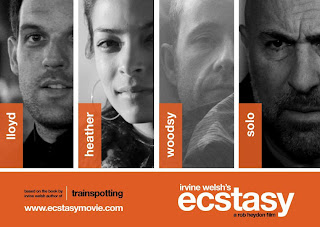 Irvine Welsh's Ecstasy Goes World Wide With Your Help!
Why do we need your help?
Because our independent film deserves a strong presence!  Distribution - placing a film into theaters - is the hardest phase for filmmakers. It costs money to place the film into each theater -  and that’s before it generates any funds. When you look at the amount charged per day to keep a film in a theatre (and per screen), multiplied by the amount of theaters…it’s easy to see why we need your help or we won't be able to place it in as many theaters as we’d like.  This is where independent films live or die!  It's taken Rob over eleven years to bring Irvine Welsh’s Ecstasy to the screen…let’s give it a big reception!  After a limited debut in the UK we'd love to take Irvine Welsh's Ecstasy worldwide.

Posted by ScottishActors at 21:20 No comments: Links to this post 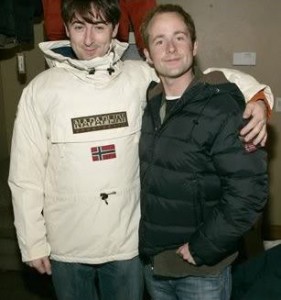 Posted by ScottishActors at 21:10 No comments: Links to this post 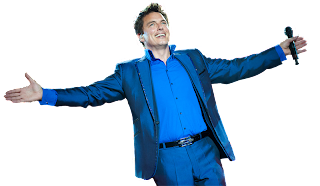 Singer, television presenter and actor John Barrowman has been forced to cancel his Blackpool concert because of the severe weather.

The 45-year-old Doctor Who and Torchwood star was forced to axe his show at the Tower Festival Headland venue last night, on health and safety grounds because of a forecast of further bad weather.

Concert promoter Cuffe and Taylor said it had been advised by local organiser Marketing Blackpool that the weather made it "unsafe for our teams to install the sound and lighting equipment for this evening's concert".

John said: "I am deeply disappointed that Mother Nature has had the final say on my concert in Blackpool. I've been following the forecast very closely all week!

"Obviously, I really want to perform for my fans, however, the safety of fans and my technical team is of the utmost importance and I have to follow the advice of the organisers. I promise that I will be back to Blackpool very soon."

Cuffe and Taylor said it had arranged for all ticket holders to receive a full refund of the face value of their tickets.
Source: PressAssociation

John Barrowman’s official website confirmed the news, with more information.
Posted by ScottishActors at 21:00 No comments: Links to this post 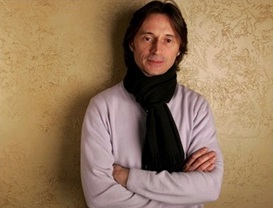 Following the Edinburgh International Film Festival’s announcement  that Robert Carlyle would not be attending the Festival due to ill-health and had had to cancel his In Person event this evening (Sunday 24 June), the actor later confirmed that he would still be attending the UK première of California Solo, his new film where he portrays an ageing former Britpop rocker, at the festival on 28 June.

Read more at The Scotsman

Posted by ScottishActors at 20:40 No comments: Links to this post 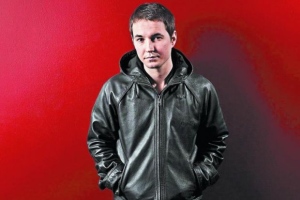 Scots actor Martin Compston reveals his motivation behind latest controversial onscreen roles
He plays a sex pest in a controversial pop video and is preparing for a backlash when he puts the seedy life of Glasgow criminal Paul Ferris on the silver screen this August.

But if you’re looking for an apology from Martin Compston, forget it. The 28-year-old’s most recent work sees him appear in the video for Dundee band The View’s current single, How Long.

The video drew criticism upon release, with Glasgow’s Women’s Support Project calling it “a cliched, cynical strategy to gain publicity and a chance for self-promotion” – which you might say is exactly what the actor and his house-mate, The View’s singer/songwriter Kyle Falconer, wanted.

Martin said: “It’s no surprise, we knew there would be some controversy over it.

“Controversy’s what we wanted, in fact. Unless you’re Coldplay, no bands get their music videos played on the music channels anymore. It’s all Rihanna. So we said, ‘If videos aren’t being shown, then let’s do something shocking that will get it talked about’.

“I’m aware it has caused a lot of anger, and fair enough, there are certain issues you can’t muck around with.

“But I hope people see the video before they comment on it. It’s about the deterioration of the character’s mind. You never see him with a girl at any point, there’s no nudity, no violence, no rape.”

The brouhaha offers him a dry run at handling difficult questions. Come August, when The Wee Man – in which he plays criminal Paul Ferris – is released, he’ll probably do little else.

Read more at The Daily Record