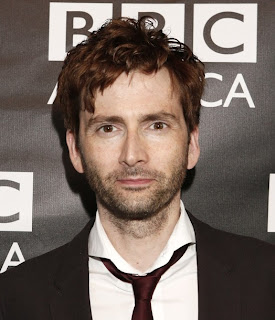 Announced at the Edinburgh International Television Festival by Channel Four controller Jay Hunt and then reported immediately by both Broadcast Now and The Guardian, was the news that David Tennant will host a new seven part panel show called Comedy World Cup for the channel.

The synopsis of the new programme is that teams of comedians will use their stand-up routines to avoid being ejected from the competition.

Comedy World Cup will be broadcast on Saturday evenings but no broadcast date has been announced yet.

The news has already been reported by both the Radio Times and DigitalSpy.
Source: David Tennant on Twitter (blog)

Also reported by Metro and many others


David Tennant has recorded some messages for walks in Milton Keynes for their Woodland Whispers project. It runs from Monday 17th to Saturday 22nd September. Thislink has full details.
Source: David Tennant on Twitter

There are opportunities to see clips of two new David Tennant projects before they are released - The Politician's Husband and Nativity 2.

On Monday 24th September at the British Film Institute on the South Bank in London, there is a screening of all three parts of A Politician's Wife. Part one is at 6.10pm and parts two and three are from 8.40pm.

After the screening of part one, there will be a Q and A with the writer Paula Milne which will be "illustrated by clips from her past work and her eagerly awaited follow-up, The Politician’s Husband."

Tickets for these two events are already on sale to BFI members and go on sale to the general public on Tuesday at 11.30am.

On Wednesday 10th October writer of Nativity 2: Danger In The Manger Debbie Isitt will make an appearance at the Christian Resource Exhibition (CRE) at Event City (next to The Trafford Centre) in Manchester.

CRE is on 10th and 11th October and Debbie Isitt will be talking and showing clips of Nativity 2: Danger In The Manger on the first day. Tickets are only £4 and are already on sale.


Tues 28 Aug - The Pirates! In An Adventure With Scientists released on DVD and Blu-ray in the US.
Tues 28 Aug - An abridged version of the Doctor Who: The Feast of the Drowned audiobook released in the US.
Fri 31 Aug - writer Ian La Frenais appears at Whitley Bay Film Festival. Among subjects covered will be The Spies Of Warsaw
Source: David Tennant on Twitter

Posted by ScottishActors at 20:30 No comments: Links to this post 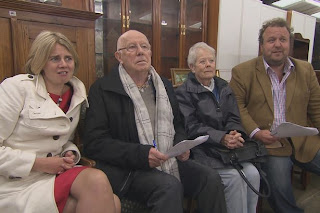 “The new series of CART sees some more of the nations best loved celebrities hit the road and promises to be full of fun, rivalry and friendly banter. I hope viewers will love it, whether they’re already fans of the show, or new to the programme. It has proven to be must-see TV in the BBC2 schedule and we’re thrilled to be delivering a second and longer instalment for peak time television.” says Wendy Rattray, Creative Director for STV Productions.

The second twenty-episode series has been split into two runs. The first will transmit at 7pm from Monday 3rd of September, and follows the antique loving celebrities as they set off on a road trip across the UK, competing against each other to make the biggest profit buying and selling antiques. The second instalment of the series will transmit from Monday 12th November, and will see ten more pairs of celebrities take to the road.

Each celebrity will be teamed with one of the show’s regular experts, whose knowledge and experience will guide each pair through the antiques trail, giving them the best possible advantage in the competition. Travelling in classic vintage cars, the teams will be given a starting budget of £400 before starting their engines for the cross-country challenge.

Liam Keelan, Controller Daytime at BBC, adds “It will be great to have this stand-out hit back in the schedule with all the warmth and wit it brings.”

Each programme will see a different pair of celebrities put their wit and bargaining skills to the test as they set out to find hidden gems along the road and auction them off, hopefully at a profit, at the end of their trip. All money made throughout the series will be donated to the beeb’s charity, Children in Need. 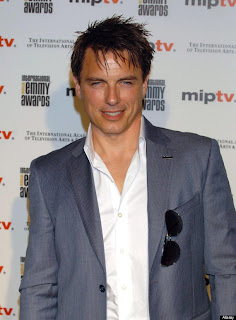 Source: ATVToday
Posted by ScottishActors at 20:20 No comments: Links to this post