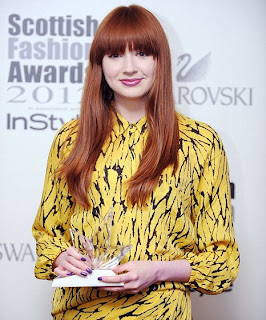 Doctor Who - Karen Gillan and Arthur Darvill to star in new mini-series, Pond Life
The five-part show will explore the impact of the Doctor dropping in and out of his companions' lives - online from Monday at noon

Doctor Who fans will want to bookmark the show’s official website before noon today, when a mini-series about companions Amy and Rory Pond will begin airing online ahead of the sci-fi drama’s return to BBC1.

Pond Life, which stars Matt Smith as the Doctor alongside Karen Gillan and Arthur Darvill as the Ponds, is a five part mini-adventure which will be stripped daily across the week on the BBC’s Doctor Who page from noon on Monday 27 August, before being made available on TV in its entirety via the BBC’s red button service on Saturday 1 September.

Written by Doctor Who and Torchwood screenwriter Chris Chibnall, the show will explore the impact of the Doctor dropping in and out of the Pond’s lives

Chibnall said: ‘Pond Life provides us with a lovely opportunity to catch-up with Amy and Rory since we saw them at the end of the last series.

“It opens with the Ponds at home and gives us an insight in to just what happens when the Doctor drops in and out of their lives.  Travelling with the Doctor is one of the greatest things you can do, but it's fun to spend a few moments looking at the chaos he can also bring.’

The show’s executive producer Caroline Skinner said: “Chris has written a beautiful, heartfelt and wickedly funny piece about the adventures the Ponds have been having with the Doctor since we last saw them on-screen.

“It's not long till the series itself will be back with a vengeance - but in the meantime, Pond Life is a truly heart-warming piece about our best-loved companions and their madcap relationship with their raggedy Doctor.”

It was announced last week that Doctor Who will return to BBC1 at 7:20pm on Saturday 1 September.