Peter Capaldi to join cast of The Hour 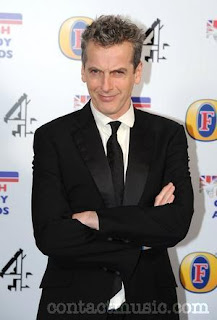 The Wire star Dominic West has admitted to reading about himself online and joining discussions about his work on internet forums. West, who is currently working on the second series of BBC Two drama The Hour, claimed that no-one ever believes it is him when he confronts them online about derogatory remarks.

"I like to have chats about myself with people - mainly putting forward the case for the defence in forums. I use my own name but nobody ever believes me," he told the Radio Times.

West also confessed to watching back his own work when it airs on TV.

"I don't particularly like watching myself on the TV but I do like to check that none of my lines have been cut," he said.

"One or two ended up on the cutting-room floor [in The Hour] but that was mostly due to my occasional bad acting."

The six new episodes of The Hour will feature the broadcast team "deeply embroiled in cover-ups, sexual intrigues and the resurgence of Mosley's fascism" and will have the "looming spectre of the Cold War" as its backdrop. The Thick of It comic Peter Capaldi, Hannah Tointon and Tom Burke have joined the cast for the second series.

Filming started in December in London and the new run is expected to air in summer 2012.