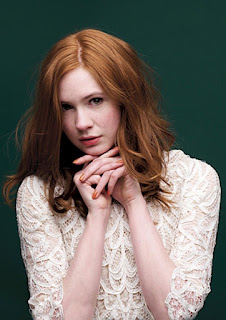 Independent film company Synchronicity Films are seeking funding through crowdsourcing website Indiegogo for Not Another Happy Ending, a planned feature-length romantic comedy starring Karen Gillan and Emun Elliot. The filmmakers are looking to secure $50,000 USD by June 19th for the film, which will be set and shot in the Scottish city of Glasgow.

Gillan and Elliot have already made names for themselves through their roles in seminal sci-fi show Doctor Who and upcoming feature film Prometheus respectively, but the production also boasts writer David Solomons, responsible for Five Children and It, and director John McKay, who recently wrote and directed BBC television film We’ll Take Manhattan, which also starred Gillan.

A number of rewards exist for contributors, from a post card for a $10 donations to a full-on Glasgow set visit for $600 - and, for the particularly wealthy, being listed in the film’s credits as a contributor for a whopping $1,000.

You can find out more about the funding drive by heading over to the film’s Indiegogo page here, or find the film’s Twitter page, @NAHappyEnding, here.