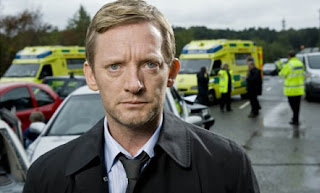 There will be a BAFTA TV preview of The Secret of Crickley Hall on Saturday November 3rd 2012, 4.30pm at the Broadway Cinema in Nottingham, followed by Q and A with Director Joe Ahearne. The event is part of the Mayhem Horror Festival, which takes place from October 31st till November 4th 2012.
More info here

A DVD of the drama is expected to be released in the UK on November 5th, which the BBFC has rated a 15.


Filming Shetland went really well. I enjoyed working there very much because of how friendly, welcoming and accommodating all the people were. They couldn’t have done any more for us – we did some Up Helly Aa scenes and the people who participated in that were amazing. They looked fantastic in all their gear. All the people who helped us with locations were great, too.


I had never been to Shetland before, it had always been a kind of mythological place for me. One of the nice things about my job is that you get to go to places. I hope we make another Shetland drama because then I’ll get to go back there. Everybody who was involved wants there to be another one, so fingers crossed. I think it’ll be good – we certainly all did everything we could to make it work.


My character is different to most TV detectives. He’s a pretty happy, solid guy just trying to do his job. He’s not battling any demons.


I stayed in the Kvelsdro Hotel in Lerwick (check), which was great. We didn’t get much time off while we were there, but we did have one great night in Lerwick Boat Club where a lot of musicians came and played. We sat and listened and also had a bit of a hooly and it was fantastic. I’ll remember that for a long time.


Now I’m looking forward to doing some theatre in the autumn. I’m appearing in the Howard Brenton play, 55 Days, at the Hampstead Theatre in London. I play Oliver Cromwell. There’s nothing quite like live theatre, but I wouldn’t say I have a preference between theatre, TV and films. I like the variety.


Autumn’s always a time to look forward to. It’s my favourite time of year, in fact, with all the fantastic colours – especially in Scotland.


I do quite a lot of travelling, and I’ve been to some fantastic places. I went to Buenos Aires with a production of Macbeth, and that was a city I really liked. Any city where the government building is pink has to have something going for it. I also made a film in India, and that’s the most extraordinary place. I’d like to go back there again.


I’m not sure where I’ll be going next – I’ll just have to wait and see. Hopefully I’ll get some time to relax. I like playing poker – it’s nice to have to use your mind in a completely different way. It takes me out of myself. I also like to play a bit of tennis, and do a bit of cooking, but most of all I just like to spend time with my friends.


Douglas, who hails from Renfrewshire, plays the lead role of detective Jimmy Perez in Shetland, a two-part drama written by David Kane, and adapted from the books by Ann Cleeves. Perhaps best known as the academic action man Nick Cutter in Primeval, his many other TV credits include South Riding, The Silence and Collision. Shetland will air on BBC 1 soon – keep an eye on the schedules.
Source: Aurora Magazine 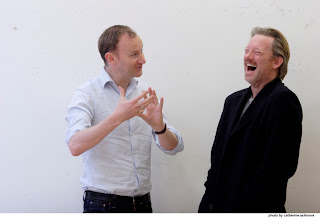 Photo gallery at Hampstead Theatre
Posted by ScottishActors at 20:10