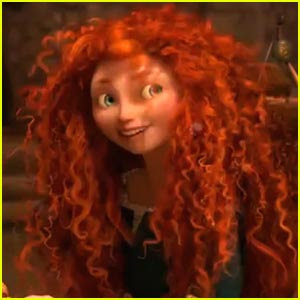 Merida’s wild red hair takes over her tiny frame in the new trailer for Brave.

Merida’s actions inadvertently unleash chaos and fury in the kingdom, and when she turns to an eccentric old Witch for help, she is granted an ill-fated wish. The ensuing peril forces Merida to discover the meaning of true bravery in order to undo a beastly curse before it’s too late.

Movie Hole also has stills here
Posted by helygen at 22:09