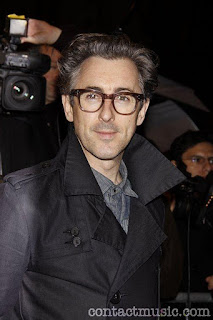 He says, "Being away from Scotland makes you question what it is that makes you Scottish, and when it comes to acting I realise that my performance style is very different to my colleagues elsewhere in the world.

"Our whole way of breaking through the fourth wall is all derived from our culture that is steeped in variety and music hall and panto.

"My Staging The Nation event is an attempt to demonstrate that and to look back atwhere it might all have come from and to see its impact on theatre in Scotland today".

The show, one of the the National Theatre of Scotland's Staging The Nation events, will take place at The King's Theatre in Glasgow on 26 November

Also reported by Daily Record and National Theatre of Scotland
Posted by helygen at 21:32