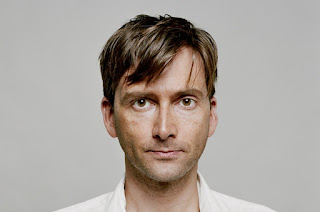 New portraits of some of Scotland’s most famous faces are to be unveiled at the refurbished Scottish National Portrait Gallery, when it re-opens next month.
Photographs of Scots including actors Sir Sean Connery, David Tennant and Karen Gillan and singer Paolo Nutini are among the images to be displayed in the gallery when it opens to the public on December 1.

The collection, called Hot Scots, a display of 18 works recently acquired for the national collection, will feature well-known Scottish names from TV, film and music including Hollywood stars James McAvoy and Gerard Butler.

Among the other new portraits are images of the writer Armando Iannucci, Michelin star chef Tom Kitchin and artist and playwright John Byrne.

The portraits have been taken by a series of noted photographers including Eva Vermandel and Albert Watson.

The Scottish National Portrait Gallery has been redeveloped in a £17.5 million project.

Hot Scots will be shown in the new Contemporary Gallery on the ground floor.
Source: Herald Scotland

Also covered by the Inverness Courier
Posted by helygen at 22:15