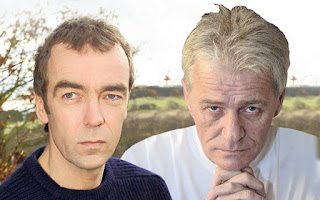 The Four Weddings and a Funeral actor, 49, was desperate to land the role as Ferris's arch enemy.

And he was hooked on the gripping story which charts convicted gun-runner Ferris's brutal rise to power in Glasgow's murky underworld.

The film's director Ray Burdis, who also made The Krays movie, revealed: "John read the script and asked for a meeting. It was obvious that he was enthralled and wanted in.

"He is a sublime actor of international repute at the peak of his powers. We are all delighted to have him on board."

The movie chronicles the bust-ups between Ferris — played by Sweet Sixteen star Martin Compston — and a string of major gangland figures, as well as his run-ins with the cops.

Their son Arthur Jnr will be played by Stephen McCole, from TV's High Times.

We told on Saturday how filming for the movie has had to be moved to London because Strathclyde Police did not want it shot in Ferris's home city of Glasgow.

Last night 46-year-old Ferris, below — who insists he has now turned his back on crime — said: "I didn't pick the cast list, but it is absolutely top class. I have met with Martin Compston, who is highly professional and has done his research.

"I am delighted to hear that John Hannah is going to play McGraw. McGraw was pretty sinister. His driving forces were greed, money and power.

"And Patrick Bergin will be spot on to play old Arthur, who was considered the guy who solved problems.

"He had a quiet way about him but he was also very sinister."

Source: The Scottish Sun
Posted by helygen at 21:21