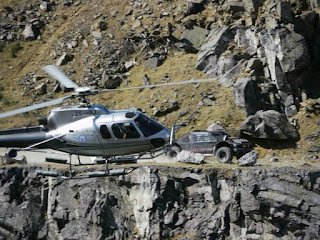 The first behind-the-scenes still from the new latest flick in the franchise, Death Race: Inferno, has just made its way online courtesy of writer Tony Giglio, and we have it for ya here!

Look for the flick on DVD and Blu-ray sometime in 2012.