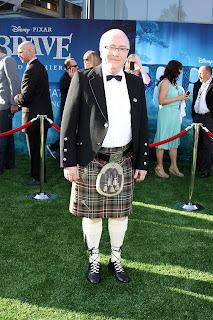 Impressions of America is a symphonic composition by Scottish film composer Patrick Doyle. His inspiration for this Original Soundtrack comes from his relationship with America, travelling back and forth from Scotland and Hollywood.

The Soundtrack consists of fiftheen cues, which he composed over the years in his career as a film composer, gives a nostalgic look at America. The landscapes, traditions and it's people.

Scored for and recorded with a full symphony orchestra, Varèse Sabrande releases film composer Patrick Doyle's Impressions of America to celebrate the composer's 60th birthday in April of 2013.
Read more, and download the album, at New Film Scores
Posted by ScottishActors at 20:30