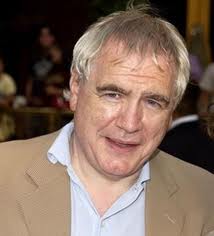 Orson Welles’s lost 'Heart of Darkness' screenplay performed for the first time
Orson Welles’s audacious adaptation of Conrad’s ‘Heart of Darkness’ has never been performed – until now.
It was the one that got away. Heart of Darkness was meant to have been Orson Welles’s first film: a monumentally ambitious, technically innovative adaptation with which he hoped to shake up the industry.
Hollywood took one look at it – and baulked. Written in the late Thirties, Welles’s 174-page re-imagining of Joseph Conrad’s 1899 novella was considered too expensive, too challenging, and the theme of lust for power made the moguls uneasy. So he abandoned the project and embarked on Plan B, a little film called Citizen Kane.
Rejected by RKO’s sceptical president, George Schaefer, and bound up in rights issues with the Welles estate since his death, the Heart of Darkness script has never once been performed – until now.
On Saturday afternoon (31 March), a one-off production was staged by the Turner Prize nominated artist Fiona Banner and live-streamed around the world from the most apt setting imaginable: a riverboat installation modelled on the Roi des Belges, the vessel Conrad captained on his journey up the Congo in 1890. Scottish actor Brian Cox played – as Welles intended – both Marlow, the narrator-protagonist, and Captain Kurtz, the despotic ivory trader he seeks.
Over the entire event hang titanic spectres of hubris and defeat – both Welles’s own and those described in the story. This is what fascinated Banner. “It seemed to embody so much failure to me,” she says. “Or so much disappointment – the disappointment at the heart of Conrad’s story, the hopes and aspirations of all of us, and how they co-exist with impossibility. I think disappointment’s underrated, and such a rich part of life.
Read more at Telegraph
Also reported by This Week London

Blood
Brian Cox has recently been in Liverpool & Wirral filming Blood with Paul Bettany, Stephen Graham and Mark Strong, according to the Liverpool Echo

Vivaldi
Brian Cox is reported to co-star in the film Vivaldi with Neve Campbell and Elle Fanning, according to CBS News