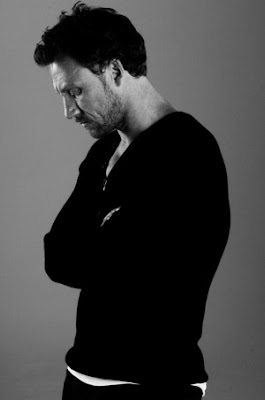 Kevin wrote an article for Finch’s Quarterly Review Issue 7 (via mckidd_fans). In it he "writes about his move from Scotland, via Rome, to Los Angeles, where he has now settled and introduced haggis." Part of his article is posted below, and you can read the full thing over at the source.

...I feel very blessed with the opportunities I have had – to work with the incredible cast in Grey’s Anatomy and to be a key player in a feature film like Percy Jackson & The Olympians: The Lightning Thief.

...Most of my scenes are with Sean Bean, who plays Zeus. I had never worked with Sean and it was an interesting experience as, initially, he comes across as reserved. Our first scene was at the top of the Empire State Building and I had to walk up to him (we play brothers in the film) and say, “Zeus”, and he turns to me and says, “Poseidon.” For some reason, on the very first take, these two lines seemed to tickle us and we just couldn’t get through them – there was just something so absurd about Sean Bean and me pretending to be Greek Gods, so it took us quite a while to get started. He is much more of a giggler than I would have imagined! Sean is from the North of England so it was quite amusing to have a Scotsman and a Northerner playing Greek Gods in an American blockbuster shooting in Vancouver.

When you get a bunch of British actors together there is a feeling that you could all be doing a play in some dodgy theatre above the pub. Everybody falls back to that same attitude. None of us works behind a desk for the very reason that we wanted to do something silly for a living. It’s always a laugh, and you are not allowed to take it too seriously.

Incidentally Percy Jackson & The Olympians: The Lightning Thief will be out on DVD and Blu-ray on June 22 in the US and on July 12 in the UK.