'Dr. Who' movie in development? 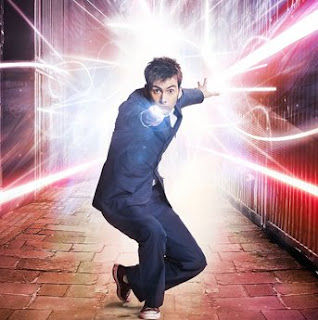 It's amazing the news one misses sometimes:

The BBC has confirmed, in a sentence hidden at the bottom of a story about a David Tennant appearance in CBBC spin-off The Sarah Jane Adventures, that “a script is in development” for a Dr. Who movie...[Empire]

Even though a movie will certainly take a long time to get off the ground, it's possible that David Tennent would sign up to play the Doctor one more time.

According to /Film, even though David Tennant will hand over the role to Matt Smith next year, the regeneration could happen off screen. Which means that David Tennant could appear in a feature film without interfering with the television show.