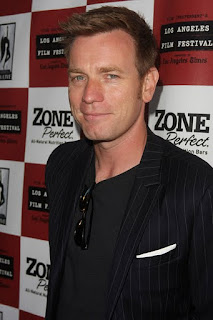 Jack the Giant Killer Official Teaser Trailer HD
The first trailer for Bryan Singer’s JACK AND THE GIANT KILLER, a “fresh” take on the fairytale ‘Jack and The Giant Beanstalk” which centers on a young Prince that accidentally unlocks the gateway between our world and a world of giants. When they take his Princess, he sets out to rescue her, battling the giants along the way. So to be clear; the title refers to Jack as a killer of giants, not necessary “giant” killers.

Here's the first trailer for Lasse Halstrom's Salmon Fishing in the Yemen from Yahoo! Movies:

Lasse Halstrom (What's Eating Gilbert Grape, Dear John) is directing the adaptation of Paul Torday's novel Salmon Fishing in the Yemen, written for the screen by Academy Award winning writer Simon Beaufoy (Slumdog Millionaire). The story follows fisheries expert (Ewan McGregor) who is approached by a consultant to help realize a sheik's vision of bringing the sport of fly-fishing to the desert and embarks on an upstream journey of faith and fish that just might prove the impossible, possible. Emily Blunt and Kristin Scott Thomas also star in the film which CBS Films will bring to theaters on March 2nd, 2012.
Source: FirstShowing
Posted by helygen at 22:11