London Film Festival line-up: includes Glorious 39 and The Men Who Stare at Goats 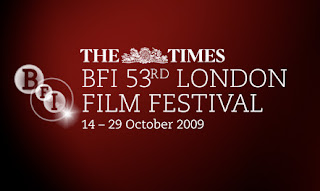 The official line-up for this year's London Film Festival has been unveiled. Glorious 39, which stars David Tennant now has a screening schedule:


The Men Who Stare at Goats starring Ewan McGregor will also be screened. Here's the schedule:


You can head on over to the festival's official site to become a BFI Member and enjoy priority booking online from September 23.