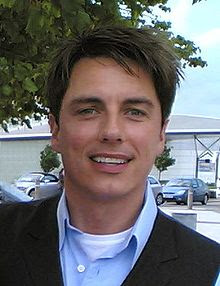 John Barrowman is to receive an honorary drama degree.

The Torchwood actor will be made an honorary Doctor of Drama by the Royal Scottish Academy of Music and Drama (RSAMD) in July. Others to be recognised this summer include actor, writer and producer David MacLennan and singers Moira Anderson and Judith Howarth.

Born in Glasgow, John moved to the USA with his family and later studied musical theatre at the US International University in San Diego, California. He has starred in many West End shows, including Miss Saigon, The Phantom of the Opera and Sunset Boulevard.

The ceremonies will take place in the RSAMD in Glasgow on Tuesday July 5.