Gerard Butler to start shooting 'Playing the Field' in March 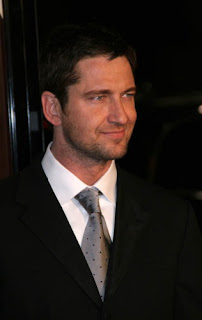 Playing the Field (originally called Slide) is now scheduled to begin production sometime in March. Gerard Butler started out as just producing the film through Evil Twins, but was cast in the lead role a few months ago.

When it was called Slide, the story centered on a ex-professional baseball player who tries to reconnect with his son and ex-wife by coaching the boy's little league team. Now that it's Playing the Field, the action has moved from the baseball field to the soccer field, with Butler attached to play a retired soccer star. Both editions of the story had the ex-player having to fight off the mothers of other kids on his son's team. [Rebecca Murray]