Gerard Butler being investigated by police 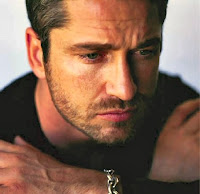 A slightly off topic question before I post: as someone on imdb posted, when are they going to start promoting RocknRolla in the US? We've got Guy Ritchie's face on all the tabloids, a really hot Robert Downey Jr. promoting Ritchie's upcoming Sherlock Holmes at the Scream Awards, yet no mention of RocknRolla. Someone from Warner Brothers needs to get on this. Anyway...

Under news items I wish I didn't have to post, this is probably number 1. Thought I'd keep people posted:

Gerard Butler is being investigated by police after allegedly attacking a
paparazzo in Los Angeles.
Police were planning to speak to the ‘RocknRolla’ star after he reportedly
got into a fight with photographer Morgan Kreusch, leaving Kreusch with a cut lip which required
stitches and three loose teeth.
Kreusch also underwent a brain scan following the attack on the advice of
doctors.
The photographer claims he had been attempting to take a picture of Butler
as he left West Hollywood’s Crown Bar when the 38-year-old actor confronted
him.
He said: “I told him I was a photographer when he asked what I was doing.
Then he started to punch me through the open window of the car.
“He hit me hard three or four times. He was shouting, but I couldn't really
tell what he was saying because I was totally dazed. Then he went to walk
away but turned back. He kicked the car and then hit me again three or four
times.”
Los Angeles Police Department spokesperson Ana Aguirre confirmed the
department will be questioning Butler on charges of misdemeanor battery.

Source
Photo from www.publishersweekly.com
Posted by Saltire Flower at 23:28