In case you missed the Doctor Who Christmas special 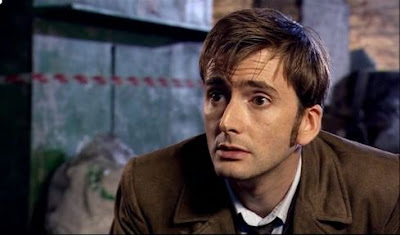 Don't worry if you missed David Tennant's Doctor Who Christmas special. According to the Press Association the BBC will be showing special outdoor screenings of the episode non-stop on Thursday December 27 across the UK. The outdoor screenings will take place in Manchester, Liverpool, Leeds, Hull, Derby, Rotherham and Bradford.
UK viewers can also catch David Tennant on television this Thursday during the season finale of Extras. The 85 minute episode will air on BBC1 and don't panic if you don't see David during the first 45 minutes - he'll turn up, I promise.
Photo from www.blogcritics.org
Posted by Saltire Flower at 18:17